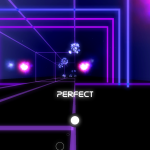 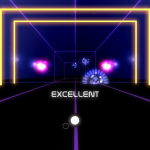 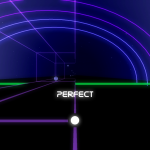 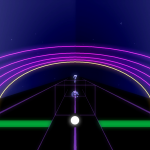 Bitcoin is fascinating to me.  One of the cool parts about it is that every transaction using it has public components. There is also a booming industry that permits the trading of bitcoin for more traditional currencies such as dollars or euros. We can combine public transaction data with public trading data to see how much value flows across the bitcoin network. Blockchain.info has a nice chart that does this.

Unfortunately, the above chart tracks the data in daily increments. This is problematic because the amount of value sent over the network varies greatly day to day. It also varies by the day of the week, weekdays have about a 20-40% higher volume than weekend days. I decided to take the daily data from the chart and bin it into weeks. I think this clarifies the dataset considerably. Lets compare the daily values to the weekly values visually.

It is worth noting that there were huge outlier days in the 5th and 7th weeks. I was able to average out the outlier in the 5th week, but three consecutive days of very abnormal volume in the 7th week prevented me from repeating the same method there. I began to wonder if there might be some external factors driving the numbers behind transaction volume. The price of bitcoin seemed to be one possible candidate.

It seems that in the timespan of months, trends in transaction volume can appear but only vaguely. Over the timespan of years trends appear clearly and dramatically. The amount of value the bitcoin network transmitted on a weekly basis is up an average of 277% year over year.  The exchange rate of bitcoin has risen and fallen greatly over the past year, but the amount of value the network transmits, and thus it’s real value to society, appears to be gaining ground steadily.

-The graph with the weekly exchange volume does not include data from Chinese exchanges, which I believe to be mostly useless when studying the real economic activity of Bitcoin.

-On June 11th – June 13th, 2014, the daily transaction volume was exceptionally high, distorting that week’s average greatly. I could not think of a reasonable way to remove these outliers, and therefore left them in.

Feel free to use this work in parts or in whole, provided you give me attribution!

This work is licensed under a Creative Commons Attribution 4.0 International License.

I flew over 19,000 miles this summer, and drove over 4700. Below is a simple graphic I made to document how I spent most of my time between June and October.

I finally got my USPA Class A skydiving license! There is a formidable amount of education, training, and certification neccessary to become a skydiver. It took me 30+ jumps, dozens of hours of preparation, and two summers. I’m now able to jump on my own, with other skydivers, pack my own main chute, and generally enjoy skydiving!

My awesome instructor Steve Kanat recorded a video of the final dive I needed for my license, available below.

I’d like to thank Skydive Tecumseh for providing an excellent AFF course and supportive community. I highly recommend them if you’re located in Michigan.

I visited SF for a week in late July.  The future seems to arrive a little faster there.

-Pizza, presentations, and beer with a few dozen bitcoiners at a co-working space dominated by Bitcoin startups, 20Mission.

-Meeting so many people who had invested the best parts of their lives to try something new and change the world in a meaningful way.

-Truly exorbitant prices for everything.